Why are Chimney Sweeps Lucky? 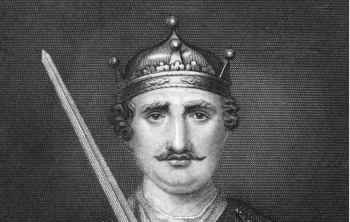 Legend has it that in the year 1066 (approximately) King William of Britain was saved by a chimney sweep, who pushed him out of the way of a runaway horse and carriage.  As a reward, the king invited the chimney sweep to his daughter’s wedding.

Ever since it has been considered to be   good luck to have a chimney sweep at a wedding or special event, or even visit your house.  In addition, the king declared all chimney sweeps to be lucky, and allowed their profession only to wear top hats, which was a custom previously reserved for royalty and the gentry.  It then became lucky for a sweep to wear 13 buttons on his jacket, and legend has it that a sweep can cancel out any bad luck.

Now what’s wrong with that picture? Well, there were no top hats in 1066. More importantly, there really weren’t any “chimneys” to speak of. Largely it would be a hole cut in the roof to vent smoke. Always remember, chimney sweeps have a colorful history and tradition, but we are also quick to inflate our own mythology. Not everything you hear about our profession is true. It’s fun and cute, but not always historically accurate.